THE HOPE AND FUTURE OF ECONOMIC TRANSFORMATION ON THE AFRICAN CONTINENT

Despite its vast resources, Africa seems unable to rid itself of exploitation and systemic poverty (Photo: mining-technology.com)

Africa has been blessed with an abundance of natural resources, arguably more than any other continent. Why, then, does it still continue to be the “begging bowl” of the world? What is the economic hope and future of our beloved continent and its people?

Much of Africa’s natural resources remain undiscovered or barely harnessed. For a long period of time Africa was colonized mainly as a means to exploit the continent’s resources. Even today, many suggest that numerous western nations, in addition to emerging economic powerhouses like China, continue to exploit Africa’s natural resources. The result is that most of the value and money from the resources go elsewhere, which further fuels the cycle of poverty in Africa.

Why do we as Africans seem unable to convert this God-given abundance into prosperity that will benefit all Africans and lift the entire continent from the generational trap of systemic poverty?

The collective people of Africa have for centuries suffered from a negative self-identity. For centuries Africa was called the “dark continent” and the African people believed it. The destructive leadership traits of corruption, self-enrichment, dictatorship, and nepotism are all just the fruit of this identity crisis. While Africa lost a lot of natural resources under colonialism, the biggest loss was the people’s dignity, respect, and self-worth.

Development Of This Self-Identity

Colonialism effectively told indigenous Africans they were not fit to rule themselves – that outside people were needed to govern them and bring order. In some instances indigenous African people were told they were second-class citizens. The result of this is that many indigenous Africans (even those who have given their lives to the Lord) still believe God sees them as less important than others. Thus they struggle with the idea of a relational God who loves all people – of all races – equally. This is why dual worship (ancestoral and God) is very prevalent on the continent. Their thinking is that “Jesus is the ‘ticket’ to the afterlife but ancestors look after us here on earth. Otherwise why would a God who loves us condemn us to generational mistreatment like this?” This is a question many Africans across multiple generations have asked and continue to ask. The sad reality is that the majority of the nearly 420 million professing Christians on the African continent still believe that God (Jesus) is relevant for eternal life after they die but has little or no bearing on their lives here on earth.

Slave trade further robbed Africans of their dignity and identity. It confirmed to the Africans they were nothing more than labourers for those who brought “God” to them. The demonic system of apartheid did the same in South Africa. Africa has only broken free from colonial rule during the past 20-60 years. Thus the “voice” labelling indigenous Africans as inferior is still very fresh in the minds of current generations.

For centuries we were told by colonial powers that we were incapable of doing things ourselves. Thus colonial masters needed to provide for us – they would rule, control the means of production, and develop the economic resources. Consequently indigenous African people were left as consumers in a “pre-determined market environment” with absolutely no experience as producers. Is it therefore any surprise that this mindset that was forced upon us for centuries and through generations continues today?

Workers Rather Than Leaders

For centuries the spirit of leadership in Africa has been suppressed. Perhaps it is better to say it was killed because the systems of education, government, and the economy during colonial rule did not encourage (and often harshly suppressed) leadership from the indigenous people. The colonial systems never wanted indigenous Africans to be leaders. Instead, Africans were to aspire to be good workers or at best managers of their own people. Certainly they were to be no more than followers who would never question authority and would mechanically follow the instructions given to them. The colonial powers just wanted to create a good labour force from Africans, not owners or direct beneficiaries of capital or economic assets. Sadly, most of the education systems in Africa still carry this legacy. So the continent continues to produce workers and followers rather than owners of economic production and leaders. In addition, the economic systems still operating in Africa were never designed and built to create wealth in Africa for Africans. These systems have to be dismantled and rebuilt.

An Esau Spirit Over Africa

This consumer-based behaviour resulting from a failure to understand true identity and inheritance has happened before. It was seen in the life of Esau, as recorded in Genesis 25:29-34, when he sold his birth right for a meal. This same spirit prevails in Africa. In the past it has kept most indigenous Africans from seeing the value of their God-given inheritance. Thus they gave away their vast, valuable resources to others for next to nothing. Unfortunately the transition from colonialism/ apartheid to democracy has not resulted in a corresponding shift in mindset in which indigenous Africans see themselves as “owners of an inheritance.”

Monument of former Mozambican President Samora Machel at Kaweweta, Uganda. Many of the leaders in Africa have come to power based on their credentials as political freedom fighters. (Photo: Uganda People’s Defense Forces Special Forces Command)

We must introduce a real transformational leadership training process across Africa so the spirit of leadership that has been suppressed for centuries can be rebirthed. This is the only way the foundational systems (economic, governmental and educational) on the continent can be overhauled. It is the only way a new platform of African unity can be established. Only when this happens will the vast collective resources on the continent start to serve the interests of all people of Africa.Most of the leaders who have come to power in Africa over the last 59 years have taken over nations based on their credentials as political freedom fighters. They have no leadership skills in inclusive nation building. The unfortunate reality is that most continue to run their countries using the same “rejection-exclusion based” systems and methodologies used by the colonial regimes. These systems were never designed to be inclusive nor to foster continental unity. They were never intended to create an economy of scale to better compete on the global economic stage.

The Death of Innovation and Creativity

The suppression of the spirit of leadership in Africa has also resulted in the death of innovation, creativity, and a problem-solving mindset. When a people group has been taught for centuries to be subjective followers, it kills their ability to use the creativity and innovation God has given them. This is another critical area in Africa that will be reactivated as the spirit of true leadership is reignited within the African people.

The loss of true identity in Africa has led to five primary strongholds of the mind that hold the people in captivity: worthlessness, fatherlessness, poverty, racial and ethnic division, and corruption.

These deeply conditioned strongholds influence most of the decision making processes in Africa. They are challenges that must be addressed at a root level before Africa can move forward. As Africans we need to intentionally deal with these five Goliaths for our continent to overcome its generational mind-based captivity.

Skeletons in the Cupboard

Even many influential leaders who have the potential to bring transformational change to their nations struggle to harness their full leadership potential. This is because of historical “skeletons in the cupboard” – past corruption, unrighteous decisions, and so forth. Leaders have not addressed these skeletons because they don’t have the practical tools to deal with them. Thus they feel trapped in their country’s history. And they are condemned by others because of this history. As a result, many feel bound to the same past behaviour. They assume they don’t have a channel to help them overcome those failures or to give them the freedom to drive a transformation agenda on the continent.

I believe the biggest constraint many leaders in Africa (including presidents of nations) face is that they are “chained” (through guilt, shame, and fear) to their past failures. This makes it difficult for them to move forward into a new paradigm of ethical accountability and service. This is an area we must intentionally address. By providing solutions this could be an essential channel by which “trapped” leaders experience the “freedom” that only comes through the power of the truth.

Let us always remember that “there is always one more thing about a person’s life we know nothing about.” This factual statement should make us reconsider our level of intervention. It should also move us from an attitude of being completely critical and condemning to an attitude of seeking to help those who have “lost their way” when it comes to leadership on the continent.

Blaming others for where Africa is today will not help. We as Africans need to take hold of our future and co-create it. We need to focus on rebuilding, but we have to do it God’s way.

For this to happen we have to follow the prescription found in 2 Chronicles 7:14: humble ourselves (admit we have missed God’s mark), pray (be reconciled to God), seek God’s face (His wisdom and His ways), and turn away from our wicked ways (leave sin behind and chase after God). Then God will hear the prayers from Africa, forgive Africa, and heal the land (economies of Africa). We have to offer ourselves as living sacrifices and renew our minds (Romans 12:1-2). We have to fast, not as we think but as the Lord commands as described in Isaiah 58. We have to reestablish covenant with God as a continent (Exodus 6:7; Jeremiah 30:22; 2 Corinthians 6:16).

We then need to work – in some areas to pull down and in other areas to rebuild (Jeremiah 1:10).

Patrick Kuwana is the founder and CEO of Crossover Transformation (www.crossovertransformation.co.za), an organization focused on accelerating business and economic growth by putting together new relational and transactional economic structures.

Patrick’s passion is in developing and working with leaders and organizations that are committed to unlocking the vast economic potential of Africa. This is accomplished by building new sustainable systems of inclusive wealth creation and prosperity that will benefit of all Africans. All of his principles are biblically based and Holy Spirit inspired and have the ultimate aim of pointing people to Christ so Christ can point them to the Father.

He has extensive experience in working in culturally diverse environments. Patrick possesses a unique gift in vision casting and drawing diverse people into jointly developing a platform of trust and unity that enables greater levels of success in strategy development and execution.

Prior to starting Crossover, Patrick was in the it industry and held several executive positions at HP, Oracle Corporation, and Computer Science Corporation. In 2005 he stepped into the entrepreneurship environment and was involved a several start-ups. He is also part of the Transformational Leadership team at USA based FSH Group and serves as Africa Co-Coordinator for Unashamedly Ethical.

Patrick and his wife Maude (both Zimbabweans) have been married since 1996. They have been blessed with two sons, Tinotenda (15) and Tadiwanashe (12). 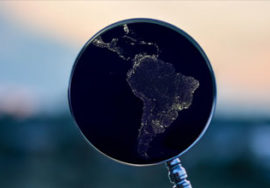 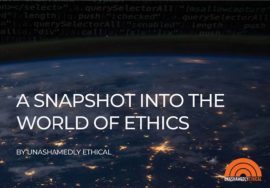 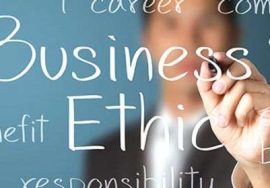 Ethical Business Behaviour Is Not Optional 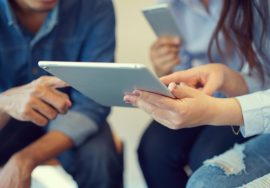 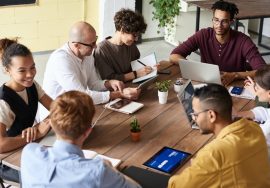 Is Teamwork Important at Your Place of Business? 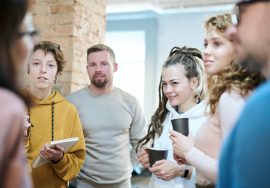 Business Ethics – Why Are They Important in Small Business? 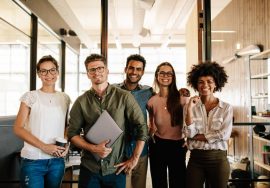 What Constitutes an Ethical Company? 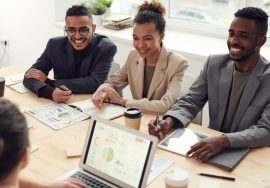 Effective Leadership Qualities You Need To Be Successful 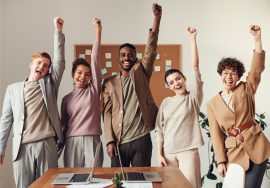 How to Build a Stronger Business? 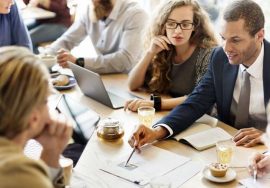 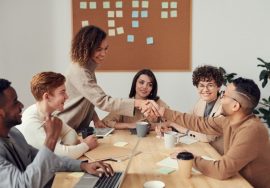 Business Ethics Must Be Presented, Preserved and Promoted